Almost forty years ago the concept of football hit a strong change of helm. That blow towards modernity broke into Holland at the hands of Rinus Michels, who led fantastically to Ajax and the national team. His innovation – subsequently added to total football – was based, among other principles, on the absence of fixed roles of the players in the field, being able to adapt and perform several positions on the field during the same match. 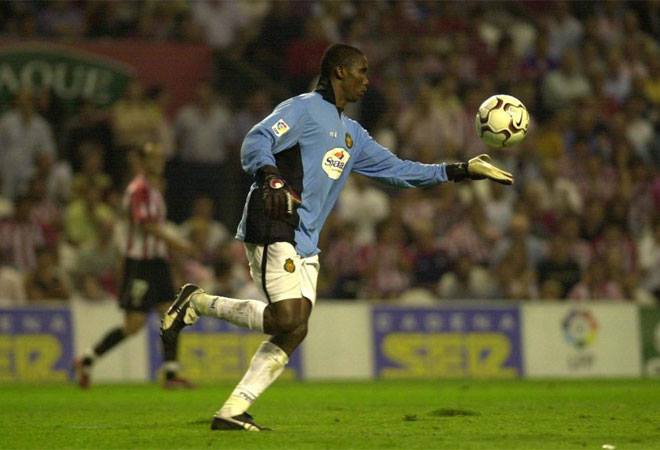 In the nineties, Johan Cruyff, who lived that tactical revolution as a footballer, implanted it in the Dream Team and ended up not surprising to see Lineker from the far left, Eusebio, great midfielder, from the right-back and even a goalkeeper, Carles Busquets, which was better with the feet than with the hands. Cruyff also employed, in desperate situations, Alexanco, strong central, as the center forward. Something similar to what Piqué does, almost by inertia on the few occasions that Barça goes behind on the scoreboard.

This versatility in football was creating players so exaggeratedly wild that it is sometimes difficult to make them a headline, such as Cesc or De Marcos. To the latter, especially during the Bielsa stage, it was not uncommon to see him go from left to right, passing through the middle of the field. There were also field players like Luis Enrique who only needed to see them under sticks, a chimera that has come true in countless cases due to expulsion or injury of the goalkeeper and the impossibility of making more changes.

One of the most distant cases of our League was Míchel in the Bernabéu against Tenerife in the 1991/92 campaign (the first of the two leagues in Tenerife), but in this case in the first round. In the 89th minute, the big leader of that night had to put on his gloves during the last minute after the expulsion of the eccentric Buyo. Already in the new millennium, Aimar debuted in the Spanish League marking a penalty to Jarni, occasional goalkeeper of the U.D. Las Palmas after the expulsion of the goal Nacho González, the one who scored penalties, by the way. In that season, 2000/01, also ‘the grandfather’ Donato had to put himself under sticks in the Tartiere and endure almost ten minutes successfully the attacks of an Oviedo that lost 2-3.

While these anomalies occur sporadically, coaches test and test daily with players outside their natural habitat to stop the opponent and the results are almost never expected. Mourinho tested Pepe in the center of the field, as did Ancelotti with Ramos against Barça or Bielsa with Toquero, which he came to place even on the right side.

Farinós, who barely exceeds 1’70 m., Managed to be Inter goalkeeper for a day and nothing less than against Valencia in the return of the UEFA quarterfinals. The Valencian called the anecdote “brown” because the person in charge of supplying Toldo was going to be Di Biagio, but he escaped. For our League the Torricelli and Pareja goalkeeper shirt continued to be covered in Espanyol replacing Lemmens and Kameni, respectively; Óscar Sánchez and Medunjanin in Valladolid or Melli in Betis.

Special mention has Aranzubía, which has had the bad luck that the three changes were made in two of the four expulsions of his life. In this way, the ballot touched Bergantiños on 2012/13, which had to be 20 minutes as a goalkeeper and of which Barkero had no mercy, and Juan Rodríguez against Barça in 2008/09 fitting an Eto’o penalty. The same Cameroonian forward knew what it was to defend the goal of his team since he had the honor of doing so in San Mamés with Mallorca.

And it has always been said that the strikers would be good goalkeepers and vice versa because to do their job they must understand that of the rival. The greatest example of this curious relationship was the Mexican goalkeeper Jorge Campos, who interchangeably played in both positions to avoid losing any skill. Who knows if two good Argentine goalkeepers were lost in Hernán Crespo, who took off his overalls with Parma and Rodrigo Palacio, who with a brutal intervention qualified Inter for the next round of the Cup against Hellas Verona.

The list is endless: Felipe Melo (who stopped a penalty!), Terry, Chevantón, O’Shea, José Enrique, Trotta, Ferdinand, Demichelis … But the last two protagonists of this curious list have been Rangel, the boy to all of Swansea and Arbeloa, who briefly wrapped his gloves after Valdés’ injury in South Africa. Unfortunately for him and the African coach, Spain broke the rules, could make one more change and left Queen. Of course, what no one has overcome has been the internship by the band of Molina, Spanish goalkeeper who made his debut with the National Team as a field player. By script requirements, of course.